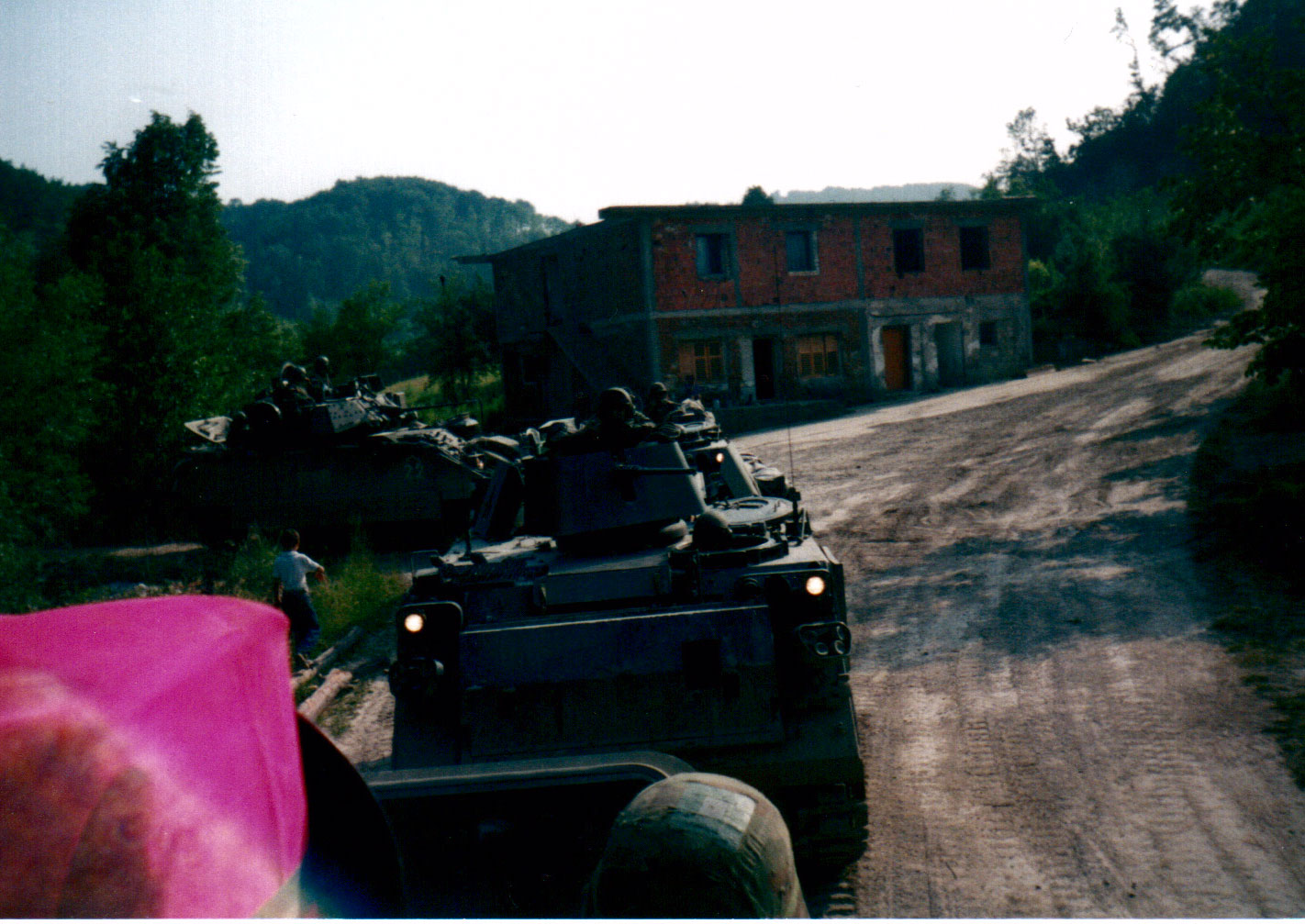 The below photo is the House at Pooh Corner (Our name) in Bosnia in the summer of 1996 as my platoon was returning to our camp after spending the day guarding some UN folks who were excavating a Mass Grave nearby.   I was deployed to Bosnia in 1996 with 3/4, later 1/4 Cavalry out of Schweinfurt, Germany.  I ran across this photo last night and decided to post it today.  I am not in the picture because I am behind the camera.

The picture is not very good quality because I had to scan it, digital cameras still being in the future except for the rich in 1996.  I used about 30 disposable cameras back then that I would take the pictures with and then mail them off to get developed.

Here is the story behind the name of the building. In the winter of 1995-1996 as my unit first came into the sector we did a lot of patrolling to familiarize ourselves with our AO and to keep an eye on the people to make sure they were not going to keep being stupid. As you can perhaps imagine there is not a toilet in a Bradley CFV so we had to find somewhere to do our business. Probably 40%-50% of the houses in our AO were either abandoned or partially destroyed and this house was one of the one’s that had been abandoned. We never did find out who owned it before although by the time we redeployed someone had moved in.

Well, the house got its name because it was abandoned and on a route we drove fairly often because we knew the road was un-mined. I can’t remember who first used it to take a dump but eventually everyone in our platoon had taken a dump in the house and some with christened it he House at Pooh Corner. It was ideal because it was large and still had a roof of sorts so you would not get snowed and/or rained on while inside and it was easy for the rest of the section or platoon to secure. It eventually turned into an almost regular break area for us. We also used the name as shorthand because everybody knew where the house was at so we could reference it on the radio.

I look back and find the story hilarious now and thought I would share it. This is the kind of stuff soldiers do when they are bored.