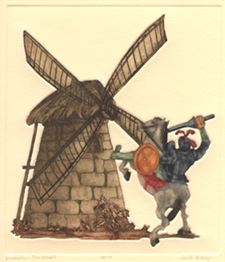 I have been pondering this one for a while now. Â What exactly, is the west trying to accomplish in Libya? Â I have posted on this before here and here, and I am still puzzled as to what we are trying to accomplish in Libya, protect so-called innocent civilians or topple Qaddafi’s regime? The stated goal of the administration is to protect civilians in line with the UN Security Council resolution # 1973, but the way in which the air campaign is being waged certainly makes it seem as if toppling Qaddafi is the goal of the bombing. Â Their were intense air attacks yesterday, and one of his son’s was killed in an air strike on a compound in Tripoli. Â Yet Obama, NATO, and the west continually state they are not trying to kill the Libyan leadership. Â The pattern of bombing seems to suggest otherwise.

Sorry, I have to call bullshit on this one. Â Of course they are trying to kill Qaddafi, they would be stupid if they were not. Â Conventional military theory holds that killing the leadership is not only a good idea, but a great one. Â Then again, apparently it is not a conventional campaign being waged. Â This is a war of R2P, not a war of conquest. Â The west is trying to protect civilians and doing it in the worst way possible. Â If they really wanted to protect civilians we would invade the country, topple the government, and engage in Iraq style nation building. Â The problem is the US cannot do it and the Euro countries are incapable of doing it. Â They are not even capable of waging an air campaign without significant US logistical and C2 support as has been shown in the campaign thus far.

So we are Â left with a war that is not a war and a campaign with no victory criteria. Â There is not even a stated goal other than the very nebulous R2P. Â There was a more concrete goal in Somalia in the early ’90s and that was a waste of time and resources. Â I guess we just have to wait and see what happens, unless Congress actually does de-fund US operations, which is a distinct possibility. Â The West looks increasingly like it suffers from Don Qixote Syndrome in pursuing a path with no hope of success given the level of effort they are willing to expend.