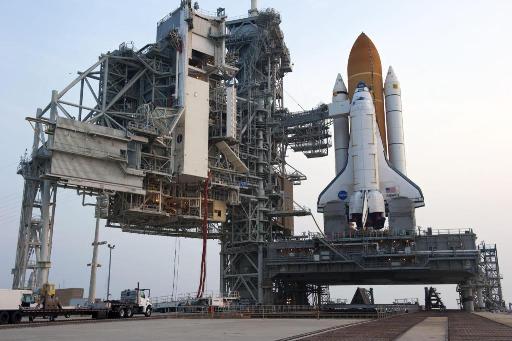 The last shuttle mission will go up on Friday July 8th. The Mission, STS-135 by Space Shuttle Atlantis will the 135th and final shuttle mission and mark the end of an era at NASA. What is really pathetic is the fact that their is no follow on manned orbiter for the US space program. We, the US, has ceded the lead in space to Russia and China and probably Japan. The president has decreed that henceforth the US will depend on other countries and private companies to put American Astronauts into orbit. That is just pathetic and I cannot understand the logic behind that decision. Everybody should have to observe a moment of silence Friday as the final mission lifts so that they can reflect on how the current administration has effectively killed American manned spaceflight to save a few billion dollars while gleefully wasting trillions in other areas. Where did America’s vision go? There is no doubt that the decision to kill manned spaceflight was politically driven.
If you read the site regularly and would like to help keep the site on the Internet, please consider donating a small sum to help pay for the hosting and bandwidth bill. Any sum is appreciated