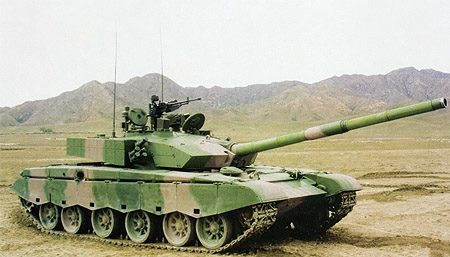 Jed Babbitt has an excellent piece on RCP today that talks about the potential threat China represents to the US and by implication, the rest of the Western world.China’s Economic Sword.   People have been pointing to the potential threat China poses for at least the past twenty+years and are almost invariably poo-pooed as being unrealistic and that China does not pose a threat to the US they just want to modernize and bring the fruits of that modernization to their own people.   I tend to think that China is indeed a threat and a threat we in the West ignore at our own peril.

There are several developments over the past several years that should, if nothing else, highlight the potential threat posed by China.   The most notable of these was the Chinese downing of one of their own satellites in January of 2007, which created a huge debris field on LEO.   Chinese military spending that we are aware of Â has also been increasing by double digits almost every year since 2000.   The latest and most worrying news is that China is conducting sea-trials of a refurbished Russian carrier and has plans to construct their own.   You only build and aircraft carrier if you want to project power.   If I were Taiwan, I would start to worry a little bit about the Chinese having an aircraft carrier.   Lastly, and of much greater worry to the US Nay, are the reports about Chinese development of long-range anti-ship ballistic missiles.   Those are area denial weapons that present some pretty interesting problems for a surface.

The interesting aspect of Chinese military development to me is that they do in fact seem to be gearing up to become at least a regional power and one able to control their immediate Littoral and offshore waters while simultaneously exercising significant influence throughout the entire Pacific Basin at a minimum.   I do not see how it can be argued that Chinese development of aircraft carriers is anything but a challenge to US control of the seas.   It will be interesting to see how America reacts.   Will there be a modern American version of the old British two-power standard for dreadnoughts?Â  How will the US react to another nation contesting its virtual monopoly on meaningful sea power?Â  Naval developments are not everything to Chinaâ€™s military renaissance, they also have the largest army in the world and are working to upgrade it and its systems as well.

The Peopleâ€™s Liberation Army numbers somewhere around 2 million men with a military age population of 749 million, yes that is 749,000,000 or over twice the entire population of the United States.   Luckily, if it ever came down to a non-nuclear land war with China, the US would probably have both Russia and India on its side, which would more than make up the numerical difference in available manpower.   China is also actively engaged in research and production of modern land weapons systems ranging from the Type 99 MBT to the PF98 Anti-Armor system.

The US is living in “interesting timesâ€ throughout the world as American military hegemony is challenged both by high-tech countries like China and low-tech insurgents in Afghanistan and Iraq.   The burden of empire is heavy, even that of a relatively light touch empire like Americaâ€™s.   the question is will America rise to the challenge and continue as a major power, or will the likes of China supersede the US?Â  I donâ€™t think we will know anytime soon, but China bears watching and America needs to perhaps learn some of the low-tech lessons she is being so painfully taught in the Middle East, namely that high-tech does not always guarantee victory, and that the fog of war exists despite all of their high tech efforts to dispel it and probably always will.