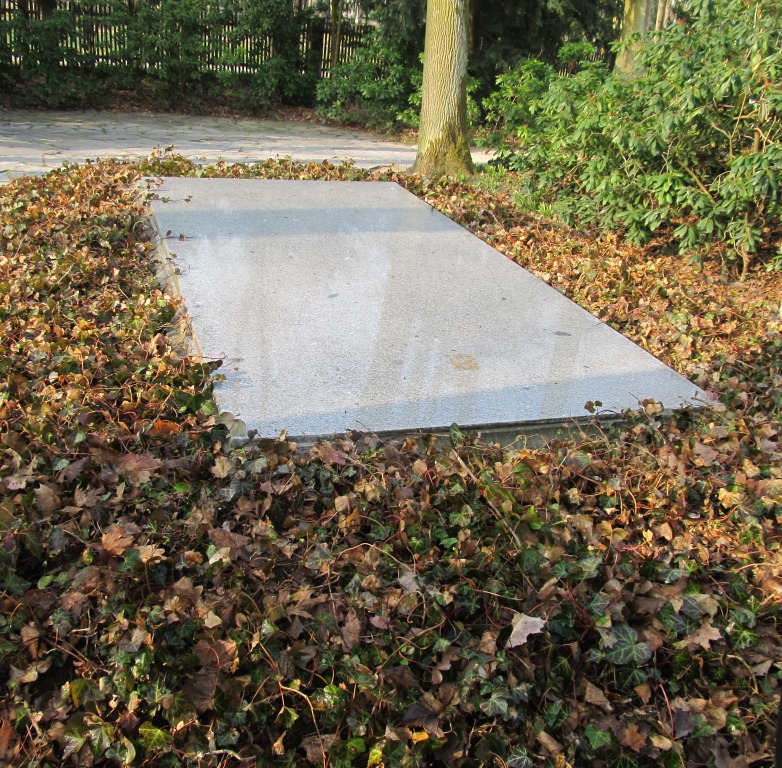 I recently visited the grave of Richard Wagner behind the Wagner Museum in Bayreuth, Germany and thought I would share theÂ photosÂ I took while there. Â The graveÂ itselfÂ is not very remarkable and theÂ onlyÂ way you know it is is his is because there are signs pointing to it. Â There is no marking on the grave itself saying it is where Wagner and his wife are buried. Â There is an outstanding site with a wealth of information on the composer at the Richard Wagner Archive.

The gravestone for the dog says Here rests andÂ guardsÂ Wagner’s Russ. Â Russ was the name of his dog.