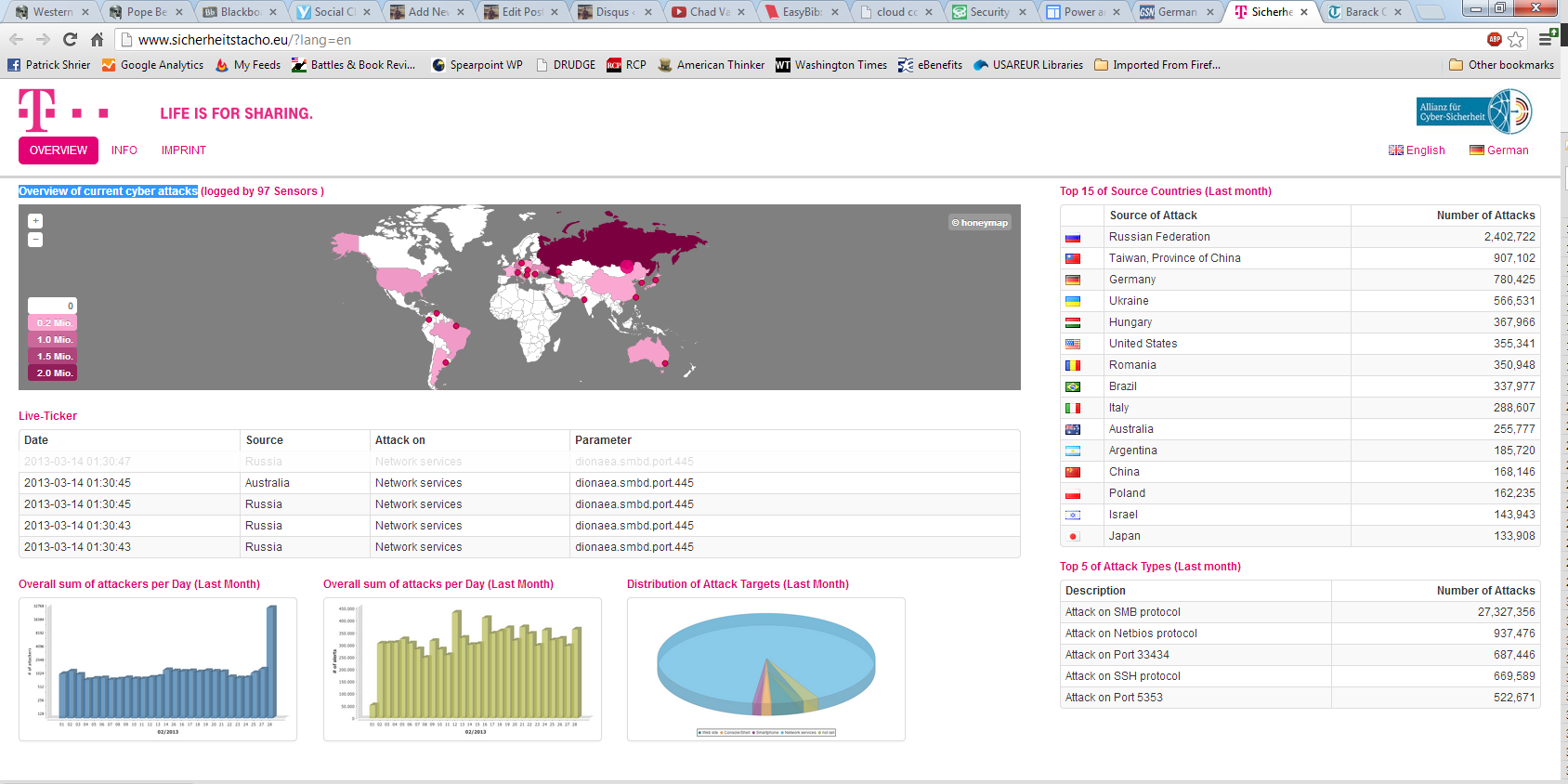 DeutscheÂ Telekom has website they recently put up that has a live “radar” like view of where the most hacker attacks in the world are coming from. Â It is at theirÂ Overview of current cyber attacks. Â If anybody thinks that the internet is a safe place they should look at this site, which logs roughly 450,000+ attacks per day just on the honey pot systems Telekom has set up to monitor cyber attacks. Â Below is a screen shot of the site

The ubiquity of cyber attacks should convince anyone that the US creation of Cyber Command a few years ago was a good idea. Â The modern dependence on both computers and the internet means that there is indeed now a fourth dimension to warfare beyond the three of the 20th Century, Land, Sea, and Air. Â Cyberspace is indeed a battlefield as well.