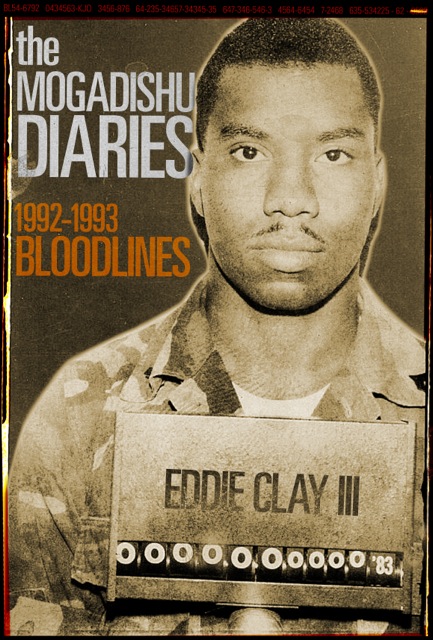 I was approached by Mr Thompkins via email about reviewing his novel The Mogadishu Diaries: Bloodlines. This is a self-published work and one I will not be able to read for at least a month because of the pile of other books I have recently gotten from publishers. I plan on reading this book and writing up a review on it but in the meantime in the interests of encouraging other people to write and giving them a chance to publicize their own work I offered to let him post a promotional piece here at Battles & Book Reviews. Below is the text he sent me to promote his book. Notice that it is available for free on Smashwords.

In 1992 Somalia was on the brink of humanitarian disaster. Warring tribes had sparked a violent civil war following the collapse of the Barre government in 1991. The distribution of food and resources was heavily disrupted, leaving the people of Southern Somalia to starve; 300,000 would die in the famine. As the death-toll rose and the intensity of the conflict increased, a team of United Nations Peacekeepers, led by the United States, entered Somalia with the aim of creating a protected environment for humanitarian operations.

The mission was known as Operation Restore Hope.

Eddie Clay served as a US Marine peacekeeper during Operation Restore Hope. The Mogadishu Diaries: Bloodlines is based on his personal experiences in Somalia between 9 December 1992 and 21 March 1993. Clay recounts the pursuit of a beloved and revered warlord, the disarming of an entire community – and its unexpected consequences – and reveals how he fell in love with a beautiful Somali interpreter named Ayan. He explains the challenges, the fears and the crisis of â€˜conscience versus the Rules of Engagementâ€™ he shared with his fellow Marines, Airmen, Sailors and Soldiers during this notorious humanitarian mission.

This is his story.

Link to free copy on Smashwords

Link to YouTube Review of Mogadishu Diaries
If you read the site regularly and would like to help keep the site on the Internet, please consider donating a small sum to help pay for the hosting and bandwidth bill. Any sum is appreciated