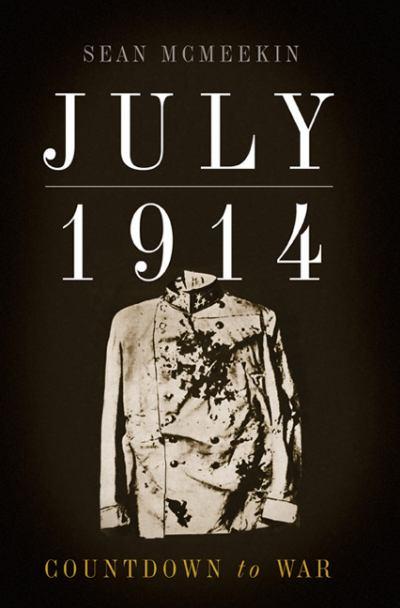 I have probably read 30-40 books exploring the origins of World War I in the past 5-6 years and I thought that just about everything relevant there was to be known about the events of the month leading up to the war were known and historians have just been stirring the ashes and finding trivia in trying to determine a more accurate chain of causation. July 1914: Countdown to War by Sean McMeekin disabused me of that notion.  This work has made me aware of several things about the critical month between the Assassination of Archduke Franz Ferdinand and the outbreak of World War I that I am amazed have not gotten wider notice in the literature on World War I’s origins. This book is superb diplomatic history that through tight, focused prose and in depth research manages to untangle the tangled web of events in July 1914.

The book itself has 406 pages of text separated into two sections of 25 chapters including an Author’s Note, prologue, and epilogue. There are extensive endnotes for each chapter with relevant footnotes inserted into the text where appropriate and a 10 page bibliography. The two sections of the book cover the immediate reactions of the Great Powers of the day to the assassination and the subsequent diplomatic maneuvering leading up to the war.

There are several revelations in the book and no time is wasted in introducing the first, which I thought was a bombshell. This is that the relevant Russian and French archives have almost no records of the activities of their respective ambassadors for the month of July. What records for their activities that do exist are all secondary sources from the other great powers such as Germany, Austria, and Britain. I find it amazing that this lack of records has not been more highly touted in books on the origins of the war as it was these ambassadors, Paleologue for the French in St. Petersburg and Izvolsky for the Russians in France that played a pivotal role in the relations of the two countries during the period leading up to Russian mobilization and the coordination between the two Allies. Another interesting fact that has gotten short shrift in the literature thus far is the sequence of events and timelines surrounding Russian mobilization. It is widely known that Russia began mobilization before any other power, what is not so widely known is that Russia had apparently decided on war at the time she declared the pre-mobilization “Period Preparatory to War” which was just mobilization by another name to begin with.

I have thought for years that the ultimate responsibility for the outbreak of war in 1914 lay with Russia. McMeekin’s work tends to confirm me in that belief. The final decision for war lay with the Tsar and more importantly with Sazonov, his Foreign Minister and Yanushkevitch, the Chief of the General Staff, both of whom pushed for war.   As you read the narrative it becomes increasingly clear that Russia wanted war. Why this was so is not perfectly clear although it is certainly plausible that Russia felt they needed to be assertive because they had been humbled so often in the decade prior to the war and that Russia was at risk of losing its status as a great power. There is also the element of Russian lust for control of the Dardanelles, the outlet on the Black Sea to the Mediterranean, which would give the Russians a warm water port and was something they had wanted at least as far back as the Crimean War. Russia wanted war and right up until the last minute they had the ability to avoid one, all they had to do was stand down and allow the Austrians to punish Serbia for their support of regicide. That, the Russians would not do; and in the end they dragged the rest of Europe into a war that was unnecessary.

Sean McMeekin has taken an opaque subject like diplomatic history and shed light on the manner in which diplomacy was conducted in the month prior to World War I. He masterfully weaves together the various actions of all the powers of Europe and makes a very complex series of events clear and easy to understand. July 1914: Countdown to War is the best diplomatic history of the period I have ever run across and is certain to become a classic and the standard work on the subject. I highly recommend this book to anyone interested in why and how World War I broke out. A very clear look at a very muddy subject.