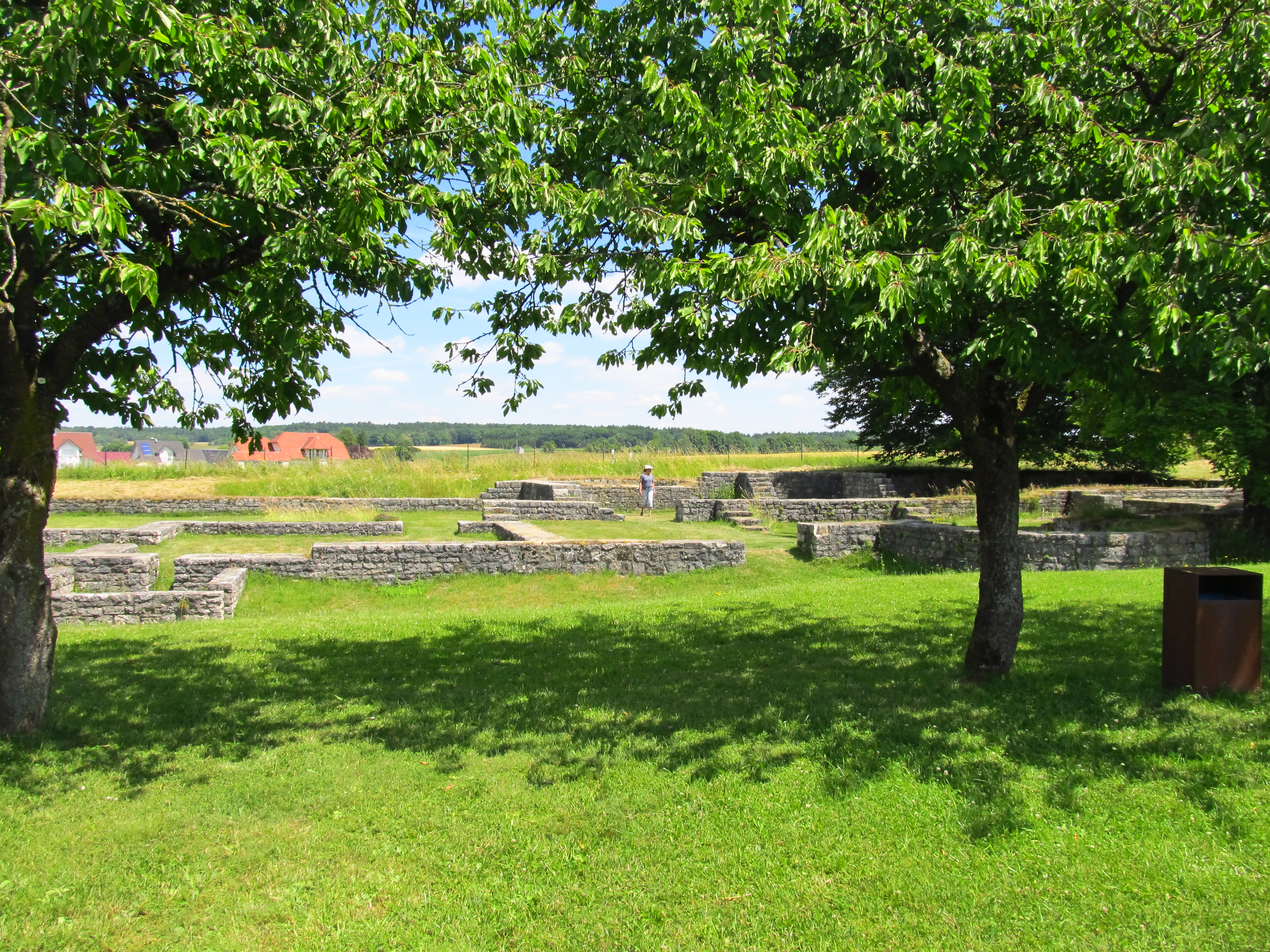 Many people have heard of Hadrian’s Wall in the UK and same have even heard of the Antonine Wall a little farther north.  What many people have never heard of or if they have heard of do not know where they are located are the Roman Limes(pronounced leem-ez) that stretched around the entire periphery of the ancient Roman Empire.  In many places the Limes ran along rivers or inaccessible mountains but in places where this was not possible the Romans built and garrisoned physical fortifications to mark the extent of their territory and prevent outside invaders from getting in an attacking or raiding within Roman territory.

Because my wife and son are awesome and indulge me in my passion for all things historical this year for Father’s Day we took a day trip to the eastern end of the Limes Germanicus in Germany in the Kelheim region.  We visited two locations, an excavated Roman Cohort Fort at Eining called Castellum Abusina and the portion of the Raetian Limes where it meets the Danube river and begins its journey west to the Main and the Limes Germanicus Superior at present day Lorch.  The Limes in their entirety are a UNESCO World Heritage Site and because of this designation funds are used to preserve them that most likely would not otherwise be used.  The UNESCO World Heritage List is in my opinion one of the most valuable things the UN does as it seeks to preserve our heritage for future generations based on importance to the world and not just regional or ethnic grounds.

At Eining is a Roman fort that was excavated in the late 19th and early 20th century and substantially preserved in the 1950’s.  The fort itself was established in the late 1st century and remained occupied until roughly 430 A.D. when it was finally abandoned as the empire itself began to fall apart.

The fort itself existed in three major forms, the first largest form with buildings for a full Roman cohort of roughly 500-600 men which contracted over the years of occupation until what was left was a camp roughly ¼ the size of the original for 120-150 men that was finally abandoned in the 5 Century.

As you enter the site the first thing you encounter is a modern tower that overlooks the site and from which you can get a pretty good overview of the site.  The first ruins you encounter are the baths on the left and the Taberna on the left, both of these structures were always outside the camp proper as they served no defensive function and could be readily abandoned in case of attack.  The baths are interesting as the remains of the hypocausts used to heat the floor and water are visible.  Hypocaust ducts are also visible in some of the main camp building foundations.  The buuldings in the main camp are all excavated and rpeserved foundations.

The most interesting part of the camp I though was the way in which the southeast quadrant of the original camp is what the final camp contracted to and atop which you can see the remains of the granary and the camp well dug in the 3rd Century.

My images are of the new tower obviously.  This tower is not built on the exact historical location of tower 15/46 but is about 50m west of the historical location.  We also walked a further 500-600 meters west of tower 15/46 to see the remains of tower 15/44.  These remains are the stone foundation of the original tower.  They are in the middle of the forest now although in historical times the forest north of the Limes would have been cleared to a distance of roughly 50-100 meters to give the tower guards decent visibility of attackers and also allow them to see the towers on either side of them.

The Limes Germanicus extend for over 500km across Germany and the Netherlands and this visit was just the first of what is both interesting and enriching visits to different parts of the roman empire I have made.  Seeing Roman ruins so far north gives one a whole new appreciation for how large the Roman Empire really was.

If you are in Germany and get the urge to go see a portion of the Limes there is a very good website (in German but with some English pages) that covers the Limesstrasse a route that traverses the entire length of the Limes in Germany at http://www.limesstrasse.de/.