Was talking about WWII tanks at work today and while looking at pictures of the various tanks the visual similarities between the German Panther and Soviet T-34 Jumped out at me. 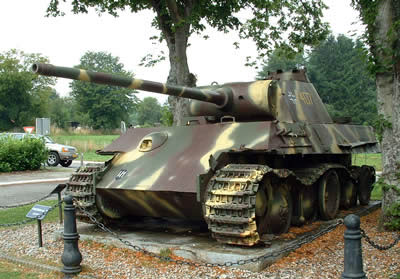 The top photo is of a Panther and the bottom photo is a T-34.   I have always read that the Panther was developed specifically to counter the threat of the T-34 but it never hit me how alike they looked.   They have a similar turret, glacÃ­s plate, commanders cupola, even the tracks looks superficially similar at a glance.   It just started to make me wonder if the German designers of the Panther had a captured T-34 sitting in their shop.