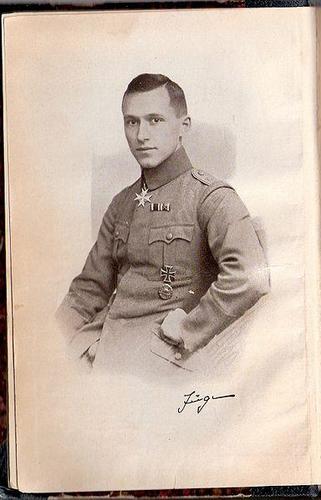 Just about everyone has heard of Erich Maria Remarque’s All Quiet on the Western Front, it is the work of fiction about World War I. It has been made into a movie several times and is supposed to represent the inhumanity of the war and the hopelessness felt by its participants in the trenches.

Ernst Jünger’s, The Storm of Steel by contrast, is a different sort of World War I book entirely. Where Remarque wrote an anti-war novel based on his experiences in the war, Jünger not only did not write an anti-war account of the war he positively relished his time in the trenches. Jünger was wounded six times during the war. He spent the entire war on the Western Front, usually in the British sector. He was also involved in almost every major battle that occurred in the West to include the Archangel Offensives by the Germans and subsequent German retreats in 1918.

He writes a straightforward account of what he did and where he was without very much in the way of soul-searching. The biggest thing that comes across in his account of the war is how exhilarating he felt combat to be. One of the biggest things he complains bout, if you can call it complaining, was the way that rations got worse as the war went on. He is never apologetic for the German cause nor does he express doubts that his cause was right.

He provides some vivid descriptions of the experience of combat. One of the best is his description of what it was like to undergo an artillery barrage. It is so good that it is worth quoting in full as it aptly describes receiving indirect fire and it provides a taste of his writing style. The account is from 1916 during the British Somme Offensive and his unit was being bombarded:

I believe I have found a comparison that exactly conveys what I, in common with all the rest who went through the war, experienced in situations such as this. It is as if one were tight to a post and threatened by a fellow swinging a sledge-hammer. Now the hammer is swung back for the blow, now it whirls forward, till just missing your skill, it sends splinters flying from the post once more. That is exactly what it feels like to be exposed to heavy shelling without cover.

The Storm of Steel should be on the reading list of anybody interested in World War I who wants an uncensored account of what life was like for a German soldier on the Western Front. I heartily recommend this book.