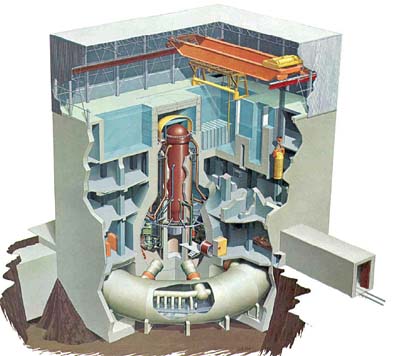 I had to post something about the earthquake and Tsunami in Japan last Friday.   First off, I hope that the death toll does not go as high as they currently fear.   Second, everything I have seen so far about the Japanese reactions to the quake inspires nothing but admiration and respect for the Japanese people.   My prayers go out to all the victims and their families.

I am sure that if this disaster had happened in California the news would be full of stories about how the government is not doing enough and where is all the help people are supposed to be receiving from the government as folks sat around in the rubble and complained instead of trying to help themselves.   What I am seeing in Japan is the exact opposite. Â People in Japan seem to be getting down to business of recovering, not bitching about why the government is not doing more.Â  They remind me more of the folks in Mississippi and Alabama after Katrina than anything else.

It does not amaze me how much attention is being paid to the struggles at the nuclear reactor at Fukushima.   What does amaze me is the amount of hyperbole and downright misinformation there is about what is going on.   I do not think it is coming from the Japanese government or power operator either.   Here is a nice alarmist piece from MSNBC.   I am certainly looking forward to hearing the anti-nuclear power crowd goes crazy over the issues arising at a plant struck by both a 23-foot tsunami and a magnitude 8.9 earthquake.   They will gleefully claim that the Fukushima reactors problems mean nuclear power is unsafe regardless.   They will also offer no alternatives for supplying the power generated by these plants.

One thing is clear even after only minor research, the reactor design at Fukushima is very robust and the chances of a “Chernobyl likeâ€ explosion even were all safety measures to fail is as close to impossible as human engineers can make it.   What is unsaid is the amount of effort and dedication of the plants workers and engineers who have worked ceaselessly since Friday to contain a looming disaster instead of leaving their posts and seeking out family to ensure their safety.   It is easy to forget among all the talk of partial meltdown that not only was the nuclear plant hit, so was the area around it, the area where the plant workers and their family lived.

No doubt, this will be the story of the week, month, or even spring.   I also do not doubt that within a week, we will begin to see stories about which star is doing what and other petty things creep back into the news.   Modern man is nothing if not easily distracted.   I for one, will be interested in following the news from Japan in the coming months to see how the Japanese recover, a topic with which many will probably get bored very quickly.   How much were we hearing about Christchurch, New Zealand before the quake hit Japan?Â  The New Zealand quake was only three weeks ago and it had already all but faded from the news, how long until the disaster in Japan is overtaken by the 24-hour news cycle?

Â Below are a list of links to articles and information on both the earthquake and the damage to the Fukushima reactors:Â  Battle to stabilize earthquake reactors, Japan Does Not Face Another Chernobyl, Japan Earthquake: before and after, LA Times slideshow of quake images, Info paper on Boiling Water Reactors from the US NRC

6 thoughts on “The Earthquake and Tsunami in Japan”