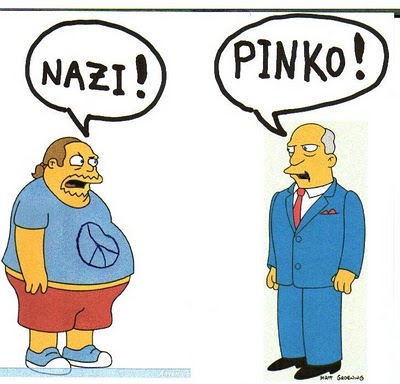 I try to not have my blog be political but sometimes I digress and this post is one of those times. Â I have made it no secret that I am politically conservative. Â I don’t think I am rabidly conservative but I am conservative nonetheless. Â If I had to pigeonhole myself I wouldÂ describeÂ my beliefs as Constitutionally Conservative with a side order or socialÂ conservatism. Â Here goes.  Why is it that political discourse has become so dissonant? Â This question strikes me occasionally and it hit meÂ againÂ this morning.

I commentÂ quiteÂ often on the website of the American Thinker (AT), A conservtaive webzine. Â ThisÂ post was precipitated by one of the discussion threads on AT. Â The thread was regarding a piece about the difficulty in establishing exactly how many gay men there are inÂ America. IÂ madeÂ a comment and asÂ occasionallyÂ happens a liberalÂ trollÂ pops up and immediately starts with the insults. Â The entire comment thread that got me thinking is below: 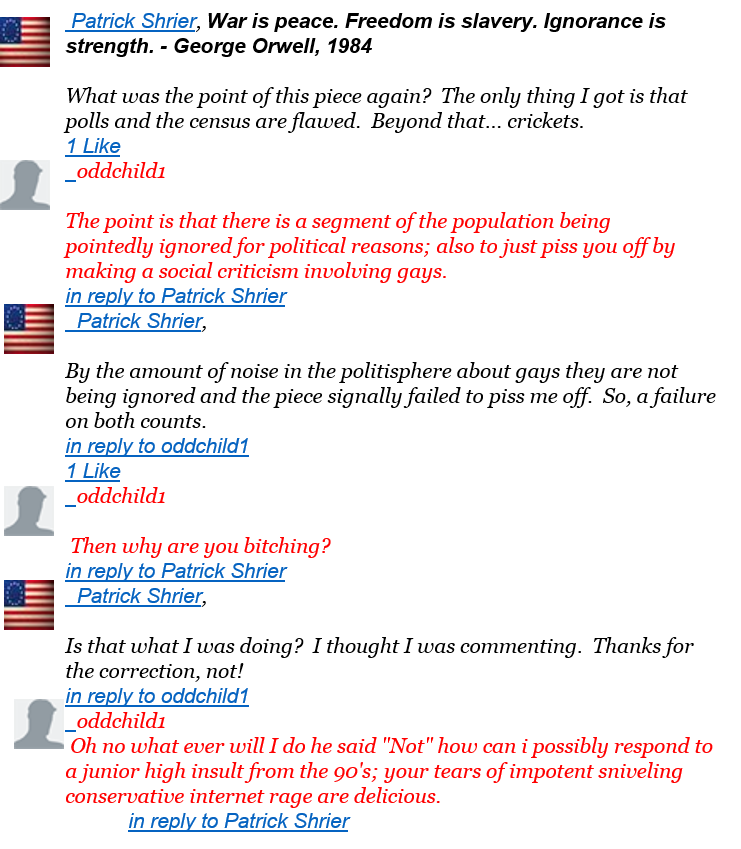 Now what got me is the childish nature of the replies and of course IÂ stoopedÂ to such at the end because he succeeded in getting my goat.

The thing is, I sometimes occasionally comment on liberal sites and never stoop to such name-calling and most of the other conservatives I see that comment onÂ liberalÂ sites do not either. Â Some conservatives do but most do not. Â However, almost invariably whenever a liberal gets into a conversation with a conservative the debate rapidly degenerates into name-calling and I cannot for the life of me figure out why. Â I have observed this phenomenon in offline conversations as well. Â It is almost as though liberals cannot believe we don’t take the rightness of their positions as self-evident and therefor they have no need to defend their position. Â If liberals were interested in changing minds then wouldn’t the try to be more reasonable when engaging in discussions with conservatives?
I would be very interested in hearing comments.

5 thoughts on “Politics and Discourse”