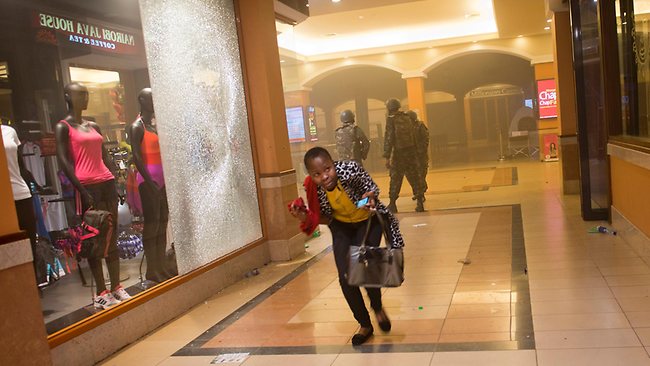 U.S. weapons reaching Syrian rebels, Syria: nearly half rebel fighters are jihadists or hardline Islamists, says IHS Jane’s report:  As far as foreign policy stupidity goes, arming the Syrian rebels is right up there with deposing the Diem brothers in South Vietnam was in 1963.  I can think of no other act more guaranteed to put American weapons in the hands of America’s enemies unless we were to ship them directly to Al Qaeda.  I am starting to seriously think Alex Jones has the right of the criminal stupidity and treason of the current administration.  It is that, or they are criminally stupid.  Combined these two stories can only cause a person to shake their head in disbelief and bewilderment.

Obama says Iran shouldn’t misinterpret U.S. response to Syria:  That’s right, don’t take my manifest weakness and indecisiveness in the Syrian affair as proof of my weakness.  Isn’t that like a guy standing in your orchard with cherry juice on his chin and a handful of cherries claiming he was not stealing your fruit?  They say actions speak louder than words, this debacle is the proof of that saying.

Obama defends Geneva chemical weapons deal as Syria claims ‘victory’:  “I win”  say the guy laying covered in blood in the alley as the mugger walks away with his wallet and cell phone.

Muslim Brotherhood spokesman arrested in continuing Egypt crackdown, Egypt troops storm Islamist stronghold near Cairo, Egypt Brotherhood Ban Opens Way to Wider Crackdown:  I am beginning to think that maybe I was wrong about Egypt degenerating into civil war.  I certainly hope so.  It seems that the Egyptian military is being very proactive and has rounded up everybody capable of building an effective MB resistance movement.  Now all they are doing is policing up the small scale agitators as they pop up on the radar before they can reach the big-time.  One thing we have not really heard about though is how well they are doing in the Sinai.  I suspect that is because thing there are not going so well.  The MB is too close to support from Hamas in the Sinai. It seems that the Egyptian military can give lessons in how to suppress an opposition group.  They seem to be very good at applying the right mixof violence and legal measures.

Netanyahu Is Said to View Iran Deal as a Possible Trap:  The Israeli Prime Minister brings up some very relevant points.  How far can the rest of the world really trust Iran?  I would guess not very far.  The old saying holds true, if I ran has nothing to hide why are they hiding it if there nuclear program is peaceful as they say?

Kenya Police Begin Assault to End Mall Seige After 68 Die, ‘We’re in control of Westgate’: Kenyan police retake mall, all hostages believed free, CNN Reports that three of the attackers are American citizens:  Terrorism is still a threat and will remain so until Islam itself changes.  From reports the Kenyan military responded as effectively as possible to this Mumbai style attack and did well to keep the death toll as low as possible given the nature of the target chosen by the terrorists.  I am frankly surprised we have not seen more of these type of attacks.  The death toll is lower but the terror these style attacks sow is all out of proportion to their actual results.  I am also not surprised to hear that some of the attackers are reportedly US citizens and other Westerners, there is a growing muslim population in the US and west from which terrorists can recruit.

Gunmen kill students as they sleep in Nigerian college:  Islam is the religion of peace huh?  I guess that is religion of Rest In Peace you stinking infidel kaffir.  What amazes me is that after 20+ years of Islamic Terrorism and 12 years after 9/11 there are still people that think Muslims can be reasoned with.  My question is what outrage do they have to commit to get the rest f the world to wake up to the danger of Islam?  Apparently, medieval Emperors, Popes, and Kings saw the danger of Islam more clearly than do we “enlightened” moderns.

Get your fiscal house in order: China warns US as superpower expresses concern for $1.3tn of investments:  I wonder what back door threats the Chinese are throwing at the President.  I also wonder how much the Chinese think the US is supposed to care if the Chinese lose money because they were dumb enough to buy US securities.  One thing is certain, the next time an AMerican government takes advice on governing from a communist nation will be the first time.

Destruction of Syria’s chemical weapons begins, U.N. says:  The fact that Assad hs not beat around the bush at all and been very open since the attacks in August starts to convince me more and more that I was right and the regime was not responsible for the attack.  Eliminating his own chemicals is kind of shrewd if that is true because then it means that the next time the rebels use chemicals they cannot plausibly pin it on a regime that eliminated their own chemical weapons in full view of the rest of the world.

Iran insists on ‘absolute right’ to enrich uranium:  And the media thought that Rouhani’s election would change things with Iran.  When people understand that the Iranian president is a figurehead and the real person in charge is the Ayatollah?