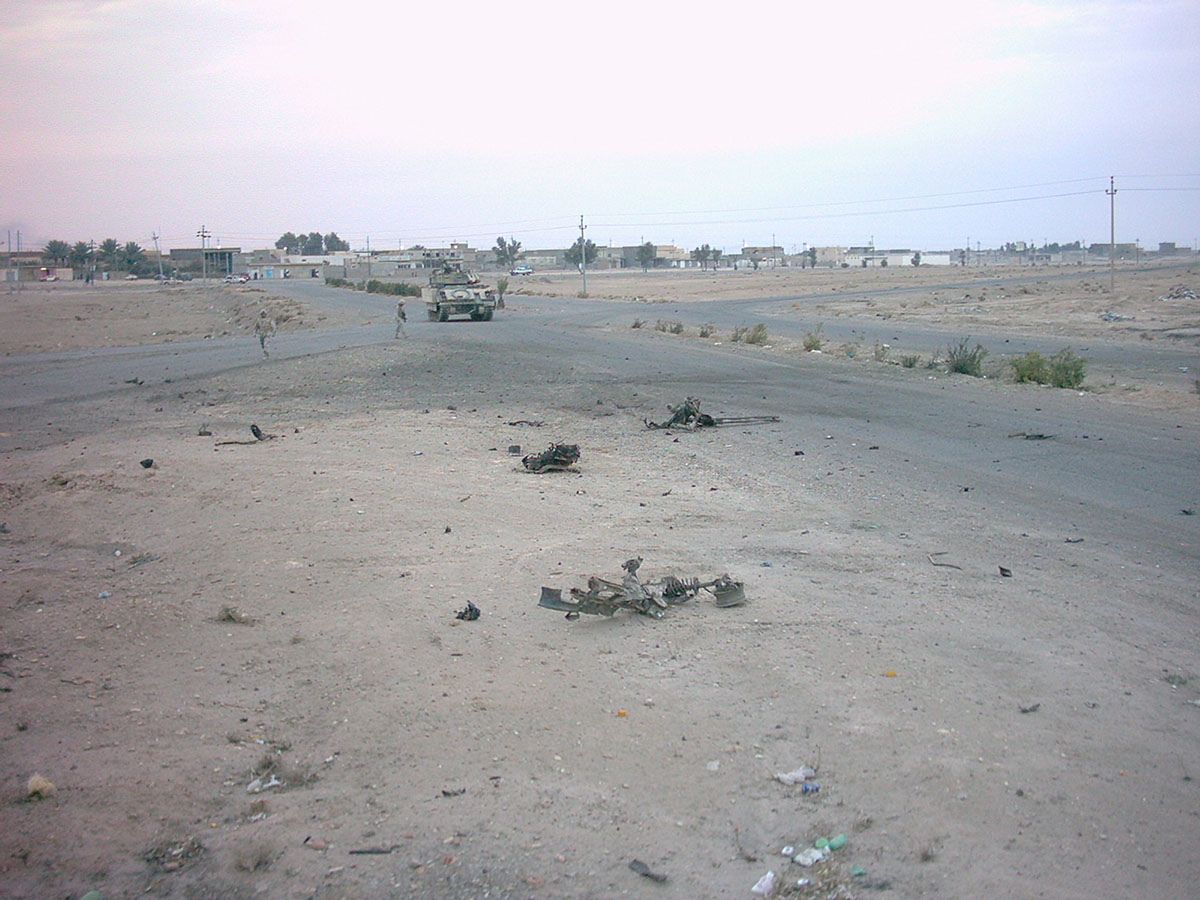 Suicide Bomb Instructor Accidentally Detonates, Kills 21 Students In Iraq:  I just about fell out of my chair laughing when I read this story.  I was reminded of the moron one afternoon in January 2005 who came out of a side road racing towards me and my wingman’s Bradley’s as we were driving into Ad Dawr, Iraq.  As he got to about 300m from our two vehicles his car suddenly disintegrated.  Stuff like this is why Arabs make horrible fighters.

North Korea warns South and U.S. over “provocative” drills:  I start to get the feeling that at some point either the US or more likely, South Korea is going to call North Korea’s bluff.

Ukraine protests turn into fiery street battles:  The brewing conflict in Ukraine bears watching.  Ever since the Orange Revolution and the 2010-2011 politically charged ouster and criminal prosecution of former president Yulia Tymoshenko I have been convinced that a day of reckoning is coming in Ukraine between the pro-Western and pro-Russian factions.  It appears that day is here.  The question now is whether the violence will escalate or if a peaceful solution will be found.  I am not sure enough to make a call one way or the other.

Iranian official on nuke deal: ‘We did not agree to dismantle anything’:  I am pretty sure that in the end we will fin out that the only people who benefited from this deal with Iran is Iran.  They probably already have enough enriched Uranium for their needs.  Thus any ‘deal’ with the West is a win-win for them.

Kiev Truce Falls Apart, and Unrest Resurges:  The question I have now is not if but when the situation in the Ukraine will degenerate into civil war and if Russia will send troops to “assist” the regime.  If Russia sends troops will the EU sit idly by and watch the rebellion be crushed is the next question at the top of my list and I am afraid the answer to that one will probably be yes.  I simply cannot envision any European country being willing to risk soldiers lives to help themselves much less the Ukraine.  The only countries I can see helping Ukraine are Poland, Czech, and maybe France or Britain.

North Korea envoy warns on US-South Korea military exercise:  The DPRK begin pounding on the war drums yet again loudly screeching that they are relevant.  The war scares NK generates are rapidly becoming the modern version of the “boy who cried wolf.”

Iraqi army clashes with militants near Fallujah:  based on my personal experience daling with what Iraqis call soldiers I expect that any Iraqi Army attempt to recapture Fallujah and Ramadi will turn into bloody failures.  Arabs in particular are the stereotype of incompetent soldiers as the history of Arab Wars against Israel show.

Germany preparing third financial rescue for Greece:  On the geopolitical front the EU is apparently preparing to get Greece to triple down on the so-far failed policies of their efforts to save the Greeks from themselves.  I just wonder if the EU power brokers seriously think they will ever really get their money back or if they are just playing sops to the northern tier of EU countries.  The continual support to Greece shows that the Eu is in fact a suicide pact, at least as far as Greece is concerned.